Everything near Battery Park

I divided our trip plans, into locations. "These things are near each other, so lets do them in one day" -kind of way. You get my point? 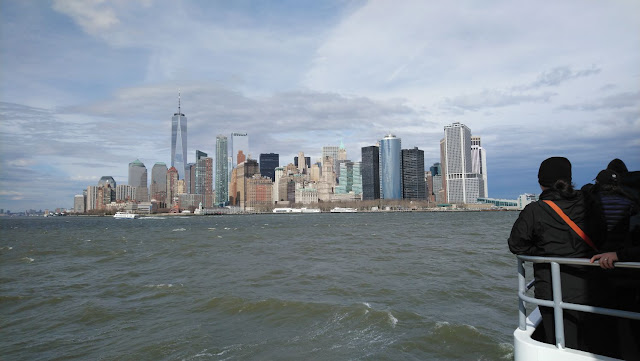 Our very first day was in the surroundings of Battery Park and Wall street. One of our obvious places to visit was the Statue of Liberty. So we got our asses out of Brooklyn and landed in Wall street. Got a cup of coffee to go and lined up to jump in to the ferry. It was an hour of waiting, and watching as another line was opened up right next to ours that was moving nicely. After a while we did get to the ferry.
Because of the windy weather we were rocked by the waves to the Liberty Island, and then it started to pour. We walked around the statue, soaking wet and back in to the line it was. Statue was smaller than expected and if you want to go to the top of the crown, you have to buy an advanced ticket (fyi). 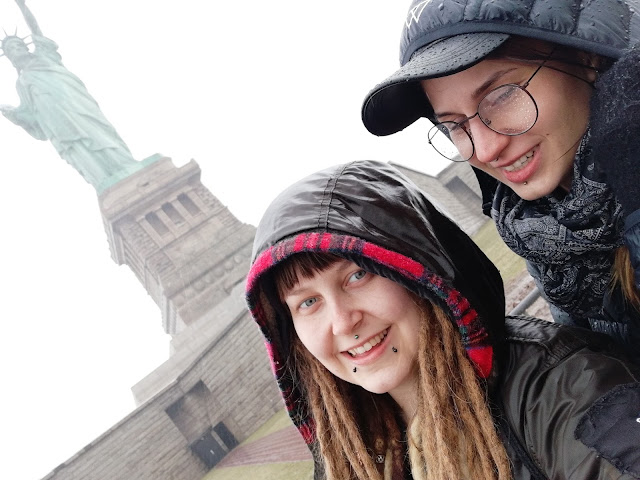 From there our regular ticket took us on the Ellis Island, and the museum of immigration. Very interesting visit, and a nice walk indoors to let our clothes dry off.

After Battery Park we headed towards dinner. And my series knowledge and familiar names -side wanted to eat at TGI Fridays. The vegetarian "Beyond meat" hamburger was really just too close to actual meat that instead of success, it was little sickening. Oh and on the way there, you can spot the charging bull statue.

Other things you want to see & visit near Battery Park? Sure. We absolutely had to visit the World Trade Center memorial. I've seen a lot of memorials in my travels, but this has been the most breathtaking. Square deep hole, with waterfall walls, size of the lost building. You can really recognize the damage that happen there.

And for us Titanic lovers, the Titanic Memorial Park is worth checking out. Lovely lighthouse memorial in the middle of the concrete jungle.
When you think about it, this was very historic day. Love that. 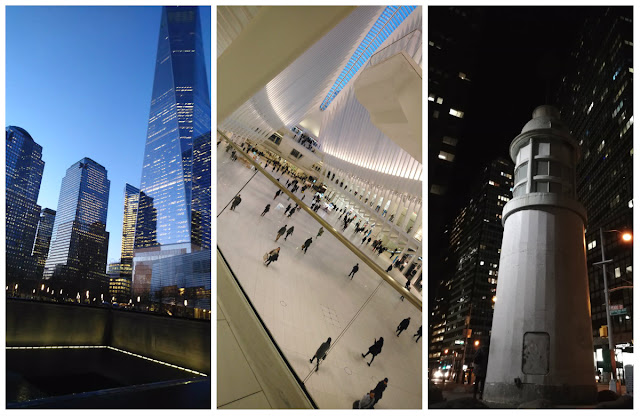 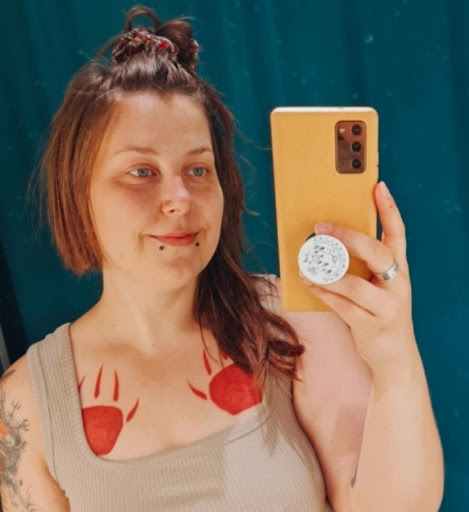